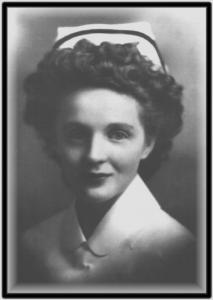 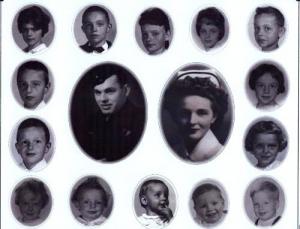 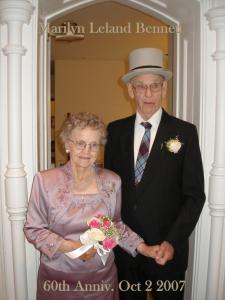 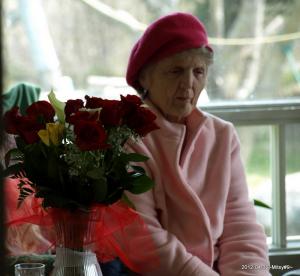 Margaret Frances (McVicar) Leland, relic of the late Leonard James “Ben” Leland, passed away peacefully in her sleep, on May 18, 2013, at her home on Main Street in Saint George, NB, after several years of declining health and dementia, under the care of her daughter, Marilyn.

Born January 11, 1925 at Carleton Street, Saint George, NB, Marg was the daughter of the late John Valentine McVicar and the late Kathleen Mary (Brown) McVicar; granddaughter of John McVicar, Mary (Leavitt) McVicar, Henry Brown and Anne (McPike) Brown. Marg was raised at Alderbrook Farm, on what was then Basinview Avenue in Saint George. She was graduated from Saint George Superior High School on June 26, 1942 and from Saint Joseph’s Hospital School of Nursing on April 02, 1947. She received her Nurses’ Registration (RN) on May 28, 1947. She worked as a Registered Nurse at Saint Joseph’s Hospital, Fundy Hospital and as a private duty nurse until the 1960’s.

Marg was a devote member of the Saint George Roman Catholic Church, having been baptised, confirmed and married there. Marg was staunchly Pro Life and a founding member of the Saint John Right to Life. Marg enjoyed her indoor plants, family and staying close to home.