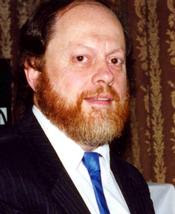 Resting at Castle “Fallsview” Funeral Home 309 Lancaster Ave. Saint John West (634-1701) with visiting on Thursday May 26, from 2 to 4, and 7 to 9 p.m., and Friday May 27, from 2 to 4, and 7 to 9 p.m. The Funeral Mass of the Christian Burial will be celebrated on Saturday May 28, 2011 at 10 a.m. from St. Rose of Lima Church. The interment will follow at Holy Cross Cemetery, a reception will be held at the Assumption Center sponsored by the Knights of Columbus. The family would like to thank the palliative care ward at Saint John Regional Hospital and his co-workers at Centracare for all the compassion shown to Stephen.
Donations in Stephen's name may be made to the Canadian Cancer Society, or Right to Life Association.
Online condolences may be placed at www.castlefh.com
Posted by The Prez - Mitsy#9 at 5/26/2011 11:26:00 AM

Steve & I became friends several years ago
when I became President of the Saint John Right to Life.
He was a great reporter, keeping up to date with what was going on in the world
and asking others, such as myself, their opinions of what he had found.
His “Respect for Life” showed in every thing he did and wrote.
I shall truly miss him but my thoughts and prayers are for Steve’s family during this difficult time.

I am so sorry for your loss.