Truly the end of an Era with the passing of Peggy O'Brien.

Peggy was the instigator that got me to be President of the Saint John Right to Life. She hounded me for years! She was Membership convenor from the beginning and continued until just the last few years when her health started to fail. I was also in CWL with her at the Cathedral and we both taught Sunday School there. She has gone to her beautiful reward. I will miss her. Until we meet again!
Margaret "Peggy" E. O'Brien 1925-2018 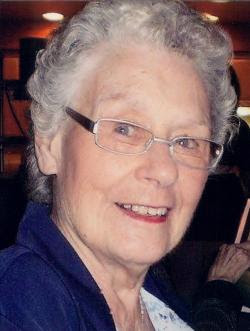 It is with heavy hearts that the family of Margaret "Peggy" E. O’Brien announces her passing, which occurred Thursday, August 23, 2018 at The Saint John Regional Hospital. Born in Saint John, N.B. on April 26, 1925, she was a daughter of the late James and Elizabeth (Irvine) O’Brien. Peggy was a long-time member of the Catholic Women’s League at The Cathedral of the Immaculate Conception. She was involved with the Saint John Right to Life Association. She worked for NBTel for over 35 years before retiring. Peggy is survived by her brother Frank O’Brien; sisters Joanne Barrett and Marion MacLean (Donald), sister-in-law Gisele O'Brien as well as several nieces and nephews. Aside from her parents, she is predeceased by her sisters Doreen O’Brien, Marie Holden and Irene Mulle; brothers Donald, Bill and Ernie O’Brien; and her step-mother, Catherine O’Brien. Resting at Brenan’s Funeral Home, 111 Paradise Row, Saint John, N.B. (634-7424) with visitation on Sunday, August 26, 2018 from 4:00 – 8:00 PM. A Mass of Christian Burial will be held at The Cathedral of the Immaculate Conception on Monday, August 27, 2018 at 12:10 PM. Donations in Margaret’s memory can be made to the Cathedral Building Fund or Saint John Right to Life. Online condolences may be placed at www.BrenansFH.com.
Posted by Mitsy#9 at 8/25/2018 12:50:00 PM